Get the Payment Agreement 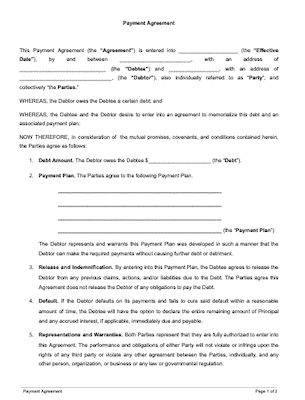 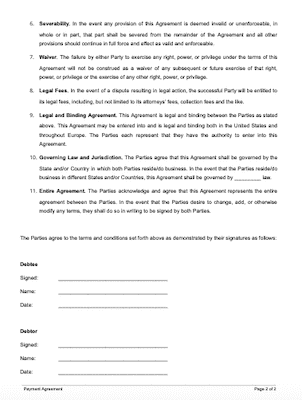 Here is What's in the Agreement for Payment:

Get the Payment Agreement

WHEREAS, the Debtor owes the Debtee a certain debt; and

WHEREAS, the Debtee and the Debtor desire to enter into an agreement to memorialize this debt and an associated payment plan;

NOW THEREFORE, in consideration of  the mutual promises, covenants, and conditions contained herein, the Parties agree as follows:

The Debtor represents and warrants this Payment Plan was developed in such a manner that the Debtor can make the required payments without causing further debt or detriment.

The Parties agree to the terms and conditions set forth above as demonstrated by their signatures as follows: